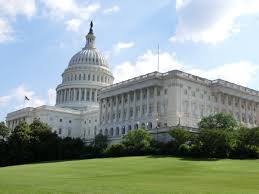 Well, there really was a blue wave—reportedly the greatest turnover since 1974—and a number of races remain too close to call or subject to a recount. These victories are especially impressive because of the gerrymandered districts and increased state restrictions that led to long lines at the very least and disenfranchisement of numbers of voters, mostly people of color. For a detailed look at what voters faced, read What It Takes to Win, published by the Brennan Center for Justice in October.

As I stated in my last post, I view this not as a partisan issue—but as a critical win for our democracy. Unless/until the Republicans become better stewards of their Constitutional oaths, or are replaced by a new political force more willing to seek compromise for the good of the people, I hope Americans will continue to shun them in large numbers.

However, one of the consequences of this election was the defeat of some of the most moderate Republicans, increasing the likelihood that the party will become even more intransigent.

And so, although I’m grateful that the Democrats can put the brakes on many of President Trump’s chaotic, sometimes horrific actions, I see reason for concern that to accomplish anything on the substantive issues needed to show voters they are delivering and to hold their majority, the Democrats face an uphill battle.

Healthcare was the most important topic to voters according to exit polls, and the primary topic for many victorious new Representatives. Will even the hyperpartisan Mitch McConnell, who will face reelection himself in 2020, get the message and be willing to compromise—even if he’s likely to face a primary opponent to his right?

In essence, the Democrats will just have to forge ahead, showing the public where they want to go. Economics must be in the forefront. On the critical issue of income inequality, Michael Tomasky’s Op-Ed, The Democrats’ Next Job, which appeared in The New York Times days before the election, provides a terrific roadmap.

Tomasky analyzes the void in the Democrats’ overarching message over the past several decades, and his prescription for the path forward is one of the clearest, most cogent, and sensible arguments I’ve read. Here are his opening paragraphs, and I quote him further, but I recommend the entire piece.

“Win, lose or draw on Tuesday, the Democratic Party will almost immediately turn its focus to the next presidential election and the fight between the establishment center and the left wing. But while the Democrats have that argument, they must also undertake the far more important task of thinking about what they agree on, and how they can construct a story about how the economy works and grows and spreads prosperity, a story that competes with—and defeats—the Republicans’ own narrative.

“For 40 years, with a few exceptions, Democrats have utterly failed to do so. Until they fix this, they will lose economic arguments to the Republicans—even though majorities disagree with the Republicans on many questions—because every economic debate will proceed from Republican assumptions that make it all but impossible for Democrats to argue their case forcefully.”

Tomasky eviscerates supply-side economics and then provides “the affirmative case for the Democratic theory of growth.” He stresses “expanding overtime pay, raising wages, even doing something about the enormous and under-discussed problems of wage theft.” And he stresses that the Democrats should say they make these arguments not “out of fairness or compassion or some desire to punish capitalists.

“We want to address them because putting more money in working- and middle-class people’s pockets is a better way to spur on the economy than giving rich people more tax cuts.”

Importantly, he points out that Democrats who vary politically, such as Senator Joe Manchin of West Virginia and Representative Raul Grijalva of Arizona, can agree on this issue.

“They’re both Democrats for a reason, and presumably that reason is they think government can be a force for good in people’s lives. So, if Democrats think it, they should say it.”

He is thereby offering a unifying position that is essential if the Democrats are to avoid defeat due to factionalism.

Tomasky accurately points out that this strong Democratic response to supply-side economics needs a name. I think the name is extremely important in garnering interest and enthusiasm for the effort. However, the one he mentions in passing, “middle-out economics,” leaves me cold.

It does have the advantage of brevity, and Democrats are always accused of failing the bumper sticker test with their lengthy explanations of positions, but it’s neither intuitively comprehensible nor catchy. A considerable effort should be made, bringing in some of the most talented wordsmiths available, to arrive at a phrase that is concise and inspiring.

If you have suggestions, please add them to the Comments section, and I will forward them to Tomasky. You can also forward them to your own representatives, explaining the context.

Two more takes on implications of the election results, both hot-button issues.

1. The speaker. I know all the arguments against Nancy Pelosi, and though I understand them, I think this is absolutely the wrong time to replace her. She’s the most powerful woman in the US government—and she has done her job with great success. She’s a prodigious fund-raising and vote-counter whose experience is essential in these wacky times.

Plus, health care has been the cause of her life. Reports are that she had planned to retire after Hillary Clinton’s election, so I don’t think she’s doing this for her ego. I expect her to be an effective mentor for the newly elected women in her caucus and to seriously broaden the leadership bench of the Democratic Party.

2. Impeachment. I fully support the Democratic House committees’ investigations into all the matters that the Republicans stonewalled or distorted. But the Democrats have an important balancing act to perform between conducting investigations and trying to enact meaningful legislation.

As much as I would love to see the President removed from the Oval Office (and VP Pence investigated for his apparent lies), I oppose impeachment efforts at this time. Unless the Mueller probe’s findings or other investigations persuade enough Republican Senators that they must act, at last, ensuring conviction by the Senate, impeachment by the House will simply play into Trump’s hands, allowing him to play the victim, making him act even more erratically, and possibly strengthening his chances of reelection.

Ultimately, these issues demand the continued and enhanced participation of all of us in our democracy by our ongoing engagement with our elected representatives on all levels.

Please let me know your thoughts on any or all of these issues. And please don’t forget to share, award stars below my name (one awful—five excellent), or like this post (if you’ve signed on via WordPress). Knowing you’re reading and considering these posts is very important to me. Thanks so much.