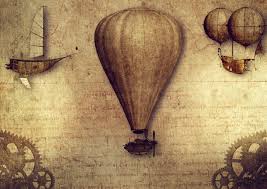 I’ve found, on occasion, that some of the most life-affirming experiences I’ve had have occurred at a funeral or memorial service for someone whose life has been well-lived.

I had that honor today (Sunday), attending a memorial for a 92-year-old woman whose friends’ recollections often included the phrase “Renaissance woman.”

The woman being memorialized was not someone I’d known for many years or been extremely close to. I had actually been introduced to her by a mutual friend who knew her much better. But she had such a warm, enveloping nature that I felt our friendship was longer and deeper. That, in itself, is a gift, but this woman’s gifts were bountiful.

Her energy level was one. We belonged to the same gym, and I would see her, when she was well into her 80’s, scrambling up climbing devices and lifting her small frame in successive pull-ups—a strenuous task that requires using one’s full body weight.

One of today’s participants whom I hadn’t expected to see was the terrific personal trainer my husband and I work with once a week. “Pat was one of my clients,” he told me. “She came to me in her 80’s because she wanted to be able to go back to canoeing.”

He’d put her on the treadmill wearing a backpack, and she’d complain, “It’s too light; I need more weight.” He’d add 10 pounds, then 20, then…And before long, she’d returned to her canoeing, even carrying the canoe when necessary. 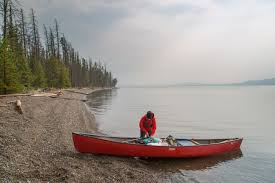 “Pat was an adventurer with a particular love of the outdoors, canoeing, and camping,” read her obituary. She traveled widely, and one of her two daughters recalled a canoe trip when she was no longer strong enough to paddle.

With her daughter at the stern, they found themselves heading toward whitewater. “I thought, ‘Oh, my God! I’m going to kill my mother!’” the daughter said. “But she just laughed and laughed, having the best time.”

She was a PhD psychologist who’d had a private practice for many years. Her own life was not easy. There were suggestions of a stormy relationship with a difficult, demanding mother. There was a happy marriage that ended too soon with the death of her spouse, followed by a marriage ending in divorce. There were many health challenges. But still, as one friend, a fellow therapist, said: “She was always a glass half-full person. And she knew when she needed to talk to someone, and she found the best person to talk to.”

When she retired at age 62, she hooked up with Habitat for Humanity, the non-profit organization that builds homes for people in need. This wasn’t her first experience with hammer and nails: she’d been one of the first women to teach shop in a public school in the Bronx, New York. A natural organizer, she brought together fellow Habitat volunteers in her home—a group subsequently called “The GreyHeads.” 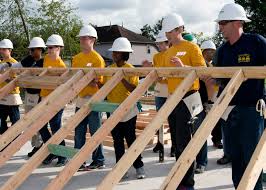 As she told a regional reporter who wrote an article about the group, “My work with Habitat has been the most important experience of my life. I love working with tools and building houses. Every minute is a total joy, and walking through a finished house is the closest I’ve ever come to a religious experience.”

A number of the Greyheads spoke about Pat at today’s gathering. It was clear not only that they cherished and respected her, but also that the presence among them of this tough, small, and tenacious woman had profoundly affected their views of women’s roles and capabilities.

And the hands that hammered and sawed also fashioned delicate, beautiful sculptures made of clay, stone, and bronze. Many were nudes—some more sensuous than others. One of the Greyheads said that, raised as a good Catholic boy, when he first saw her sculptures, he headed to confession. “They were better than those magazines,” he said with a big smile.

What else did those incredibly versatile hands do? They played the piano and harpsichord, and the organizer brought together like-minded musicians for Friday evening musicales in her home. She was known to play with passion, and she was especially fond of baroque compositions. “I knew never to call Mom on Friday nights,” her daughter said.

Is it any wonder that one of the speakers said he always thought of her as a descendant of Leonardo da Vinci’s?

She was also deeply concerned about both her community and the larger world. She marched for civil rights, worked to make the playgrounds in New York’s Central Park safer, and sought to obtain an emergency alert system in her home town following the devastation of Hurricane Sandy.

A few years ago, when it became evident that she could no longer remain in the house and town she loved, she moved to an independent living community near one of her daughters. For a while, she was deeply unhappy, finding little to occupy her time and few like-minded people to talk with.

But in true Pat fashion, that funk didn’t last for long. As one speaker said, when asked what had made her spirits brighten, she responded: “I went to the lumber yard.” Soon she had translated her Habitat for Humanity experience to make Habitats for Wild Birdity: she organized a group to make little birdhouses to hang around her new environs. This action was totally in keeping with yet another aspect of her nature: her love for animals.

When we visited her, her sculptures were in various stages of completion, and she pointed with pleasure at the small garden outside her residence. Before long, we heard about several gentlemen who were vying for her attention. Eventually, her glass seemed more than half-full.

Listening to all the tributes today, I felt as I had when I’d heard her health was failing: regret that I hadn’t had the opportunity to know Pat better and longer. But I felt even more strongly a sense of gratitude that I had been able to spend time with and appreciate this diminutive but huge, indomitable and loving, and truly remarkable woman.

As always, please let me know your thoughts and reactions, and share any stories of your own that this post brings to mind.