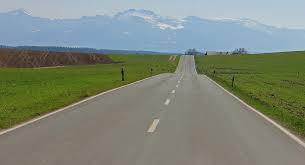 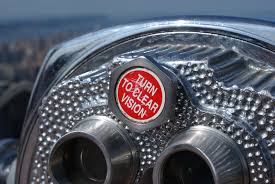 For now, at least, 35 days after it was foisted upon us, what’s been called “the Seinfeld shutdown—it’s about nothing”—is over. That would be amusing if it hadn’t wreaked such terrible damage on so many people. It will take a while to understand the larger impacts on our economy, national security, and more, but we may never know the devastation it caused some of the most vulnerable government workers and private contractors.

Both Republican Senator Rob Portman and Democratic Senator Mark Warner have introduced bills to ensure that there are no more government shutdowns. Warner’s bill is being called the “Stop Shutdowns Inflicting Damage in the Coming Years, otherwise known as the Stop Stupidity Act,“ reports The New York Times. I’m for that.

I want to reiterate what I’ve said previously: I would not be taking such a clearly partisan stance if I didn’t feel our democracy demands it now. We do not have a functioning two-party system. We have a chaotic President who has captured the GOP with little obvious opposition from its leaders and most of its elected officials, and has forced many of the more thoughtful people in that party either to leave it quietly or to denounce it and him—loudly and often.

(If you disagree, please feel free to express your views. I would love to hear from Republicans–those who continue to support the President and those who don’t but have other thoughts about how the party can revitalize itself.)

February 15 is the next deadline. The Democrats appear united in viewing the wall (as I do), as an attempt to demonize immigrants of color, a huge waste of money, a clear disruption to the people and businesses on both sides of the border, and a woefully ineffective response to a problem that has actually lessened, and is remediable by other, less expensive methods.

(Remember the Caravan? We were all supposedly threatened by that poor bedraggled group of people fleeing for their lives and hoping for a better future. And don’t get me started on the families torn apart—a national disgrace that is continuing, and may well rank with the internment of Japanese-Americans in our history books.)

If the Democrats introduce a bill that is widely viewed as a rational method for strengthening border security, but doesn’t include any money for the wall (as they have previously), will the President withstand the drumbeat of the rightwing media? He’s hinted at another shutdown or other ways to get what he wants. Call a national emergency? Send the army to the border?

The key will be Senate Majority Leader McConnell, and whether the public’s distaste for this shutdown has impressed enough Republican Senators to override a potential veto.

If you feel as I do, here’s where we must all do our jobs as citizens: to persuade our legislators to vote for immigration reform that, while providing some funds for realistic border security, also addresses the crisis the President has created and the need for orderly, humane treatment for those seeking asylum or simply a better life.

And that must set the stage for true, lasting immigration reform that upholds the values of our nation, which is—after all—a Nation of Immigrants.

OK. Now that I’ve gotten that out of my system, I’d like to update an exploration of an issue I first raised in “Here’s Why I’ve No Intention of Discussing the Elephant in Our National Room”: What are we looking for in leadership in 2020? It’s going to be a wild ride as more than a score of Democrats seek the party’s nomination.

I invite you to don your citizen-pundit hats and tell me what you think. Feel free to name names: those you either like or don’t like at this point, but please tell me why. (A couple of people offered Mitch Landrieu and John Hickenlooper in that earlier post—two thoughtful potential candidates who don’t get much publicity.)

But I’m equally interested in the issues you think are paramount and the qualities you’re looking for in a President—and whether you think that type of person/persons would be viable in the general election.

In these hyper-partisan times, are you looking for someone who expresses commitment to reach across the aisle? How do you think such a person would fare in the primaries?

I’d also like to refer you back to my post “OK; The Dems Won the House, Now What?,” in which I quote the very astute Michael Tomasky, who emphasizes that the Democrats need “to construct a story about how the economy works and grows and spreads prosperity, a story that competes with—and defeats—the Republicans’ own narrative.” He stresses that this story must unite the various factions of the party. (That’s always a concern. Remember Will Rogers’ quotation? “I am not a member of any organized political party. I’m a Democrat.”)

Another important question is which voters may decide this election. Many say we need a candidate who appeals to the “Rust Belt”—a term that Ohio Senator Sherrod Brown finds demeaning, as it connotes deterioration. (He is seriously considering a run, and he has some compelling qualities, including his longheld emphasis on “the dignity of work.”)

Based on the 2018 election results, there’s reason to pay careful attention to the views that former Maryland Congresswoman Donna Edwards expressed in a Washington Post Op-Ed: “The 2020 election will be decided in my hair salon. Here’s why.”

“For Democrats, the quest to win the 2020 primary and general election flows through the vibrant conversations of black women on a Saturday morning—a time and place of unvarnished truth among women of all classes and life experiences.”

“Since the 2016 defeat, it has been the strength of the black women’s vote that has driven victories in statewide and down-ballot races for Democrats—including the much-celebrated record number of diverse women in the new Congress.”

“Why are these facts so important for a crowded 2020 Democratic presidential primary field? Simple—the numbers clearly show the real juice for Democrats rests with women of color. No candidate can ignore black women in the primary season and still hope to engage them after winning the party nomination—that won’t fly. Black women are the most reliable base of the Democratic Party. To win this base in the primary, and then fully mobilize it in a general election, the candidates will need to listen to the women in the hair salons.”

Noting that “some may write off identity politics,” Edwards writes: “but for many women/women of color/black women, identity is politics.” She cites the wage gap, health care disparities, far greater college debt, etc. “Those are the politics of a black woman’s identity.”

Does Senator Kamala Harris have a formidable advantage? Harris wowed the Iowa Democrats attending CNN’s recent Town Hall. Here’s an interesting video of her conversation with a man who asked how he could “mansplain” to other men who tell him a man would be a better candidate than a woman in 2020. (There’s a brief ad first.) And conservative columnist David Brooks practically endorsed Harris in this New York Times Op-Ed.

Edwards is quick to state that it would be a mistake to think that Harris has already sewn up the votes of black women. “These voters are listening,” Edwards writes. And “Women/women of color/black women are not a monolith—they are individuals, and they want to be fought for. Every candidate must wage that battle.”

I think Edwards is right, but clearly the rest of us, as the saying goes, are not chopped liver. If we learned anything from 2016, it was that every vote, in every precinct, matters. Young people will also be a crucial factor in the outcome. We’ve seen their power in those remarkable, brave Parkland shooting survivors.

Speaking of the young, how important are fresh faces? If Joe Biden decided to run, would he have a chance? Or Bernie?

On the other extreme, does the charismatic but inexperienced and not yet obviously knowledgeable Beto O’Rourke have viability—assuming he softens his propensity to pepper his speech with sturdy Anglo-Saxon verbiage—which some voters might find a needless distraction?

Then there’s Amy Klobuchar, who speaks quietly but was known as a tough prosecutor. (And, according to some reports, is even funnier than her former Minnesota Senate colleague Al Franken;  a good sense of humor could be a valuable asset in today’s environment.) Conservative columnist and former Republican George Will believes Klobuchar “is perhaps the person best equipped to send the current President packing,” as he discusses here.

Can great ideas introduced by flawed candidates catch on? Did Elizabeth Warren (who has some creative and valuable ideas) ruin her chances when she took Trump’s bait and released her DNA test results, thereby feeding into the white supremacists’ touting of the false importance of blood lines?

Actually, there probably isn’t a candidate without flaws, and I think we all have to get better at figuring out which ones matter and which ones don’t—and not let the media decide for us.

Now that Cory Booker has announced his candidacy, we’ll see how his emphasis on love plays out in today’s environment. And his performance as Mayor of Newark will justifiably receive scrutiny.

I can’t see Michael Bloomberg getting traction at this time, but I’m glad he’s in the race because he’s been emphatic that anyone running for President must have, and express, well-thought-out ideas. Let him give his (he’s especially strong on gun safety legislation and climate change), and let’s make sure that all the other candidates give theirs: solid, workable goals for what they’d bring to the office—not just platitudes or attacks on Trump.

I’m not discussing Howard Schultz’s proposed independent run at this time, but I found Paul Krugman’s Op-Ed, “Attack of the Radical Centrists,” persuasive.

Foremost in my mind: we need someone who’s thinking and talking about how to unite a divided country, restore faith in our institutions, pursue economic equality, and try to heal the wounds after all the deliberate divisiveness that will be Donald Trump’s sorry legacy.

Please let me know your thoughts in the “Leave a reply” box below.  We’re all in this together, and it’s not too soon to be thinking about how we should approach this important decision.

And if you’re registered through WordPress, and you like this piece, please take a moment to click on “like.” I’ve learned that in the blogosphere, these things really matter. Thanks!

21 thoughts on “2020 Foresight: Looking Beyond Our Dysfunctional Government”